This map was shared to me by a radiotherapy friend – Dr. Henri Co.

The Linac of Philippine General Hospital and ManilaMed will be operational in April to June 2017 (according to a reliable source).

In 2011, I posted a list of radiotherapy facilities in the Philippines in my website to assist Filipino patients on where to avail the radiotherapy in case they need one.

It is about time that I update the list in 2016 as there are quite a number of inquiries on where and how much.

I have a lot of online inquiries since 2011 ranging from where can we avail of the radiotherapy and how much will it cost.  Honestly, I am not in the best position to answer the inquiries as I am not a radiation oncologist.  I have no radiotherapy facility.  I just wanted to help our Filipino cancer patients in need of radiotherapy – information on where to avail and the usual cost as much as I can (I posted one information in 2013 –https://rojosonmedicalclinic.wordpress.com/2012/06/16/cost-of-radiotherapy-linear-accelerator-san-juan-de-dios-hospital-fyi).

I will try to get the help of my radiation oncologists in updating the list of radiotherapy facilities for 2016 and in providing more information, particularly on the cost.

I wish also that the Philippine Radiation Oncology Society can come out with the needed information (as of March 21, 2016 – I visited its website – http://pros.org.ph –  and I don’t see a list).

Soon to open: Tarlac and Bicol (according to Dr. Joie Canal – 16mar21) 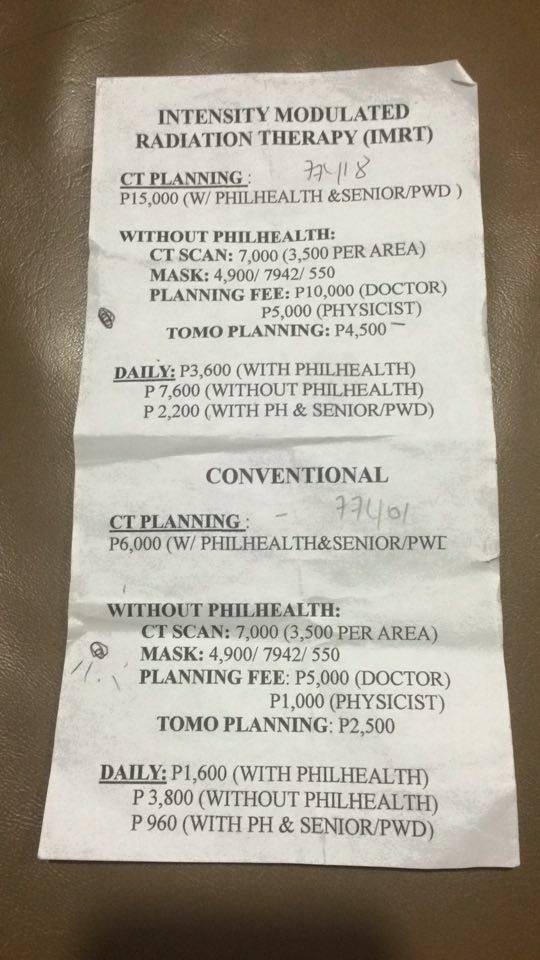 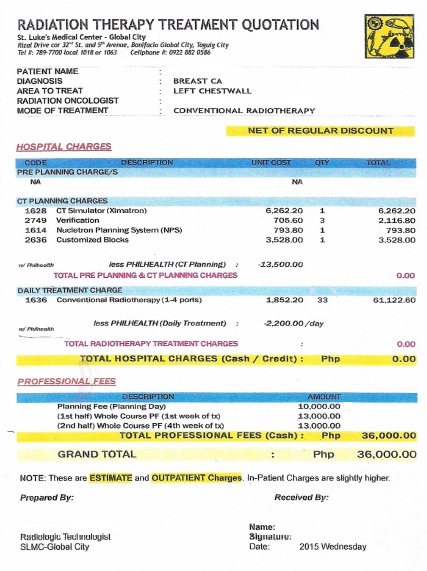 This entry was posted in Radiotherapy. Bookmark the permalink.